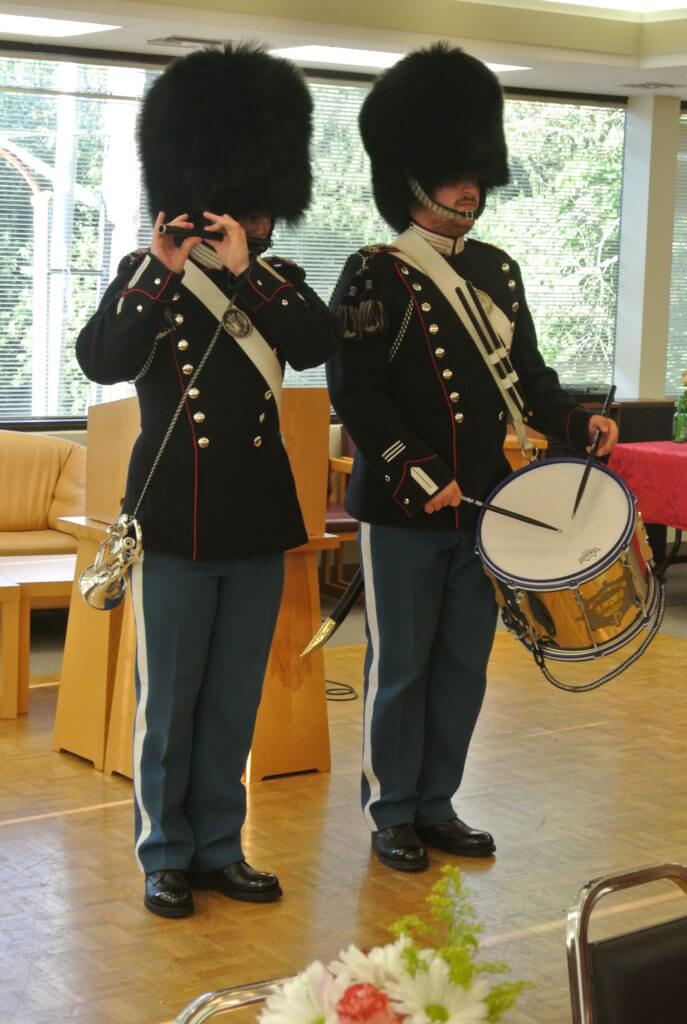 The Northwest Danish Association (NWDA) takes pride in supporting fine art and musical artists as well as cultural exhibitions and academic lectures. We support performances and exhibitions by Danish artists or groups in the Pacific Northwest, promoting artistic and cultural exchange.

In addition to music, culture, and the arts, the NWDA sponsors informative events regarding policy changes that may affect Danish-Americans living in the United States.

A reception is held each year at the Seattle Danish Center to celebrate the birthday of Queen Margrethe II of Denmark. The event features performances by active members of the Danish Royal Guard visiting from Denmark. See more about the event here.

Join us for educational evenings at Nordic Ventures. The series runs from February to May. Learn about topics from Denmark, Danish culture, and the Nordic region.

Sanggruppe has been a popular group in Seattle and Tacoma. The group comes together to sing Danish songs with Nora Martinez on the piano. For more information contact Northwest Danish Association at (206) 523-3263 or seattle@nwdanish.org

During the fall of 2017, Northwest Danish Association displayed Hygge: The Exhibit at the Seattle Danish Center to bring it in front of a Pacific Northwest audience. The travelling exhibition was created by the Museum of Danish America in Iowa.

This detailed exhibition on the Danish rescue of the Jews is on display at the Seattle Danish Center on occasion.

Members of the Northwest Danish Association were offered free tickets from Orchestra Seattle | Seattle Chamber Singers for a concert in November. This program of four rarely performed works celebrated the 150th birthdays of Scandinavian composers Jean Sibelius and Carl Nielsen. The North American premiere of Sibelius’ Preludio took place here in Seattle in 1991.
Thank you to Clinton Smith and Orchestra Seattle | Seattle Chamber Singers for this wonderful offer.

Jessica Lynne is a Danish country musician residing in the Pacific Northwest. Catch Jessica at one of her many shows throughout the year. You can read more about Jessica here: www.jessica-lynne.net

Do you want more Danish music, culture, and art in the Pacific Northwest? Make a donation to support our Arts and Culture Fund!